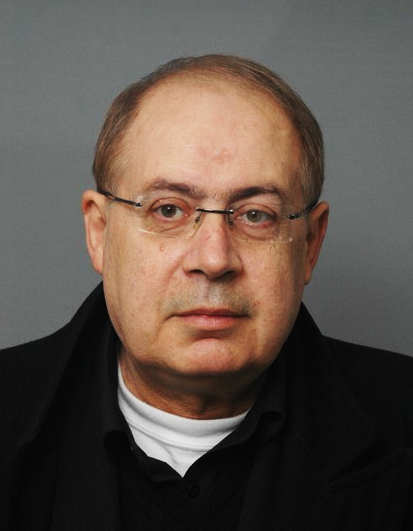 YORDAN YORDANOV KOSTURKOV еwas born in 1948 in Pazardzhik. He has graduated from St. Kliment Okhridski University in 1971. He has been working at the University of Plovdiv since 1991 as assistant professor (1991), senior assistant professor (1992), principal lecturer (1992) and associate professor (2011) of English and American literature. He has delivered lecture courses in English and American literature, Theory and Practice of Translation, British and American Cultural Studies, Academic Writing and Creative Writing, Literary Translation, Translation of Poetry. He has authored manuals in linguistics and literature. He has specialized at  Leeds University, United Kingdon (1971-1972), the University of Louisville, Kentucky (USA). Honorary Citizen of Louisville, Kentucky Colonel. Alumnus of the Bulgarian-American Fulbright Commission for Educational Exchange, Fellow of the Salzburg Seminar, of the Union of Scientists in Bulgaria, BETA, Bulgarian Society of British Studies, Bulgarian American Association. He is member of MLA. He has delivered lecture courses at the New Bulgarian University, Bourgas Free University, the Angel Kantchev University of Rousse, the colleges of Smolyan and Kardzhali. he has worked for Christo G. Danov Publishers. Bulgarian writer and translator, aithor of the books Good Boys, Bad Girls (Plovdiv Award, award of the Union of Writers), Nostalgia: Stories Vol. 4 (nominated for the Nikolay Haitov award), The Opening of the Season, No Conventions, Troy no Longer Bounds You. He has translated more than forty novels by English and American authors, among them Cynthia Ozick The Messiah of Stockholm (Krastan Dyankov award of Elizabeth Kostova Foundation), Laurence Sterne Sentimental Journey through France and Italy (award of the Translators' Union of Bulgaria), Gore Vidal Empire (Plovdiv award), Gore Vidal 1876 (Translators Society Plovdiv award, nomination for Plovdiv award), Norman Mailer Tough Guys Don't Dance (Translators Society award, nomination for Plovdiv award). He is winner of Stoyan Bakardzhiev award of the city of Pazardzhik. member of the Union of Bulgarian Writers, Union of Translators  in Bulgaria, Translators Society Plovdiv. He is included in Who's Who in Bulgaria, Who's Who in Bulgarian Culture and Who's Who in the World.